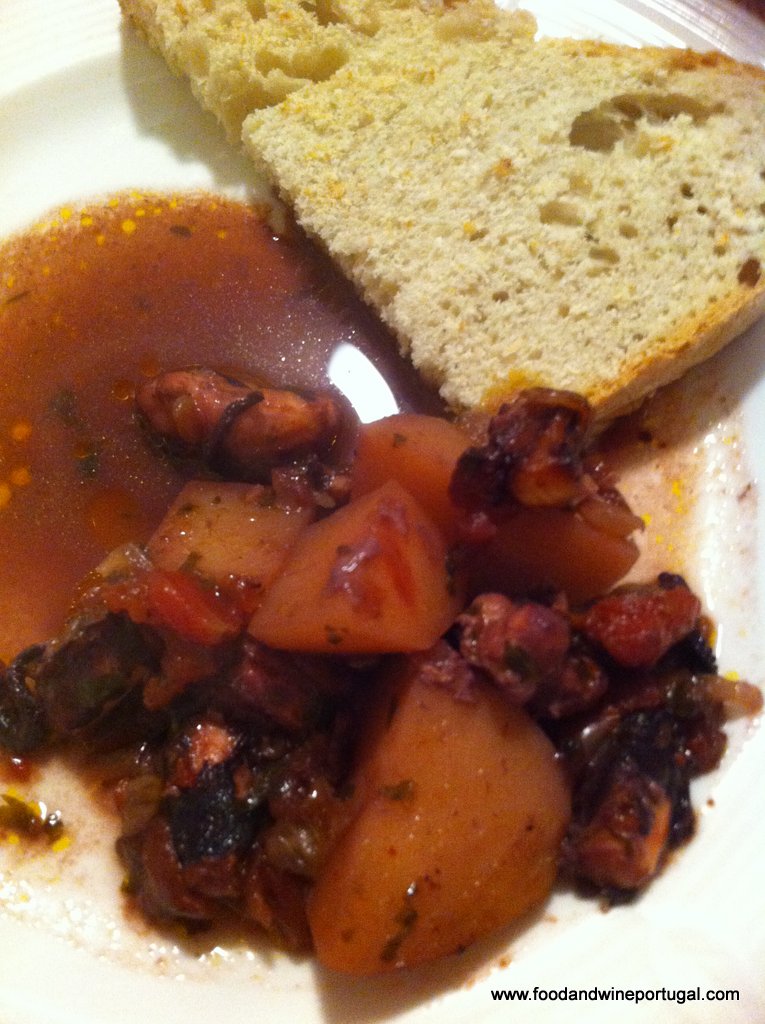 I had never eaten octopus before moving to Portugal and was surprised by the great quantity of Portuguese recipes that contained it when I moved here. I spent my early months in Portugal convinced that I was allergic to it, as well as being put off by its appearance. Gradual experimentation, however, proved that not only did I not have an allergy to octopus, it was actually a really succulent and tasty ingredient. 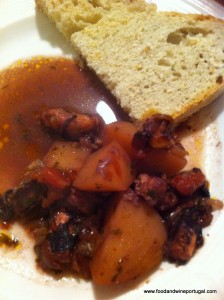 It still took over three years before I dared to try and cook octopus on my own. I used a recipe from Piri Piri Starfish: Portugal Found by Tessa Kiros, which is probably my most-used Portuguese cookbook, whether for main dishes, delightful desserts or just quick snacks. I would recommend it for anyone who is experimenting with Portuguese cooking. You can get it here:

I had worried that the long cooking time for this recipe would result in a rather chewy meal, but the method of slow-roasting the tentacles in a lovely red wine sauce resulted in soft, tender octopus that went down extremely well when served as a family meal (the recipe below was enough for five of us).

As with all my favourite Portuguese recipes this is best served with slices of fresh bread to mop up the rich sauce, and as usual I made a few tweaks to the recipe based on personal preference and what I had in the store cupboard. 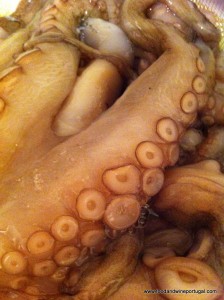 Recipe
1. Defrost the octopus and give it a quick rinse, then chop it into chunks of about 1 inch.

4. Put the octopus and potatoes in an oven-proof dish and pour over the tomato mixture and wine. Prod everything around a bit to ensure it is coated and well mixed. Cover with foil and cook in the oven for an hour.

5. Remove the foil and cook for a further hour, turning the oven down to 170C.

6. Scatter the top with remaining parsley and serve. 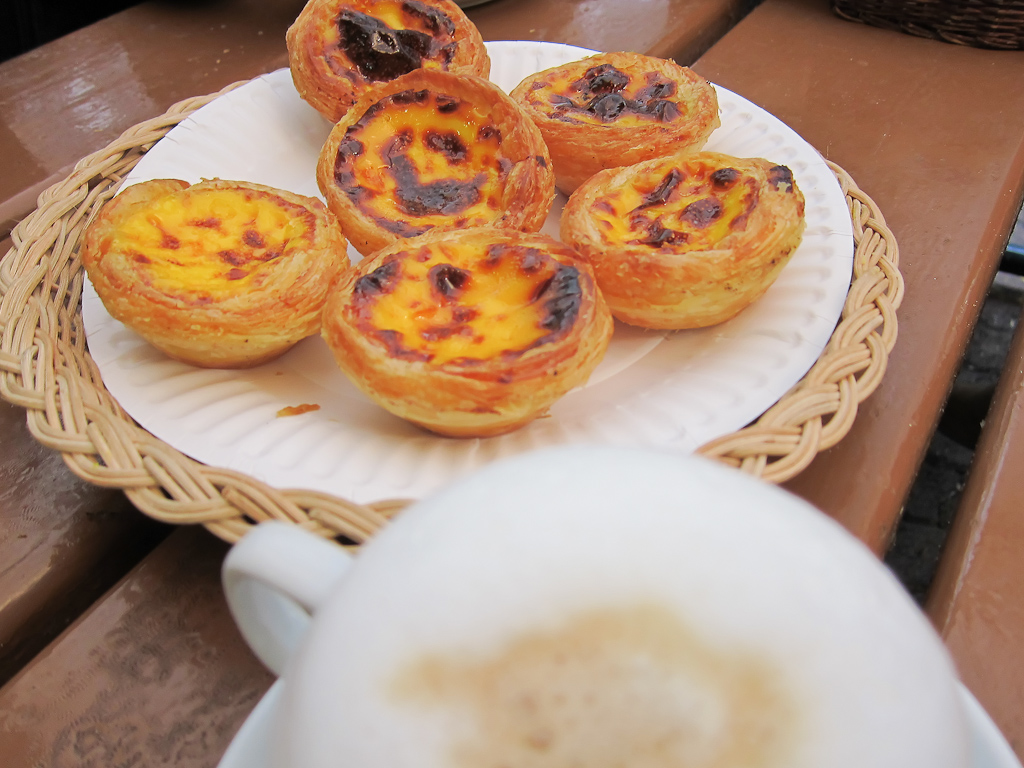 The A to Z of Portuguese Food – Part 5 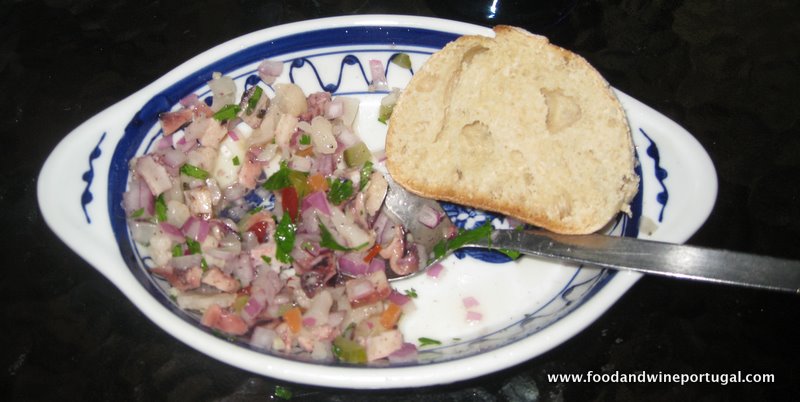