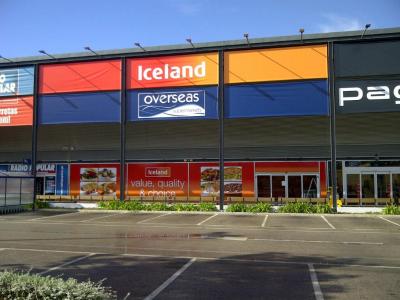 The opening of a new Iceland store in the Algarve has provoked some strong debate amongst the expats in Portugal who frequent certain Internet forums.

Many expats (ourselves included), cite the ready availability of high quality, fresh local food as one of the main reasons for moving here. We have certainly embraced it, and can be found at Tavira market most weekends, stocking up on wonderful produce, fish and meat.

However, after living here a while, you do come to miss certain things, especially some cooking ingredients that are hard to find or very expensive. For this reason, we count ourselves among those welcoming Iceland’s arrival, and all of the extra culinary variety it brings with it.

The new Iceland store in Albufeira is not a British Iceland as such. It is run by a Spanish-based company called Overseas, who have an agreement with Iceland to sell their products in Spain, Portugal and the Canary Islands. Unknown to us before we visited, the company also have a deal with Waitrose, so their products appear on the shelves alongside those from Iceland, as well as many well-known British brands.

We visited at the weekend, choosing to avoid the opening day crowds, but the store was still very busy and perhaps not for the faint-hearted. (Or, for that matter, for the one expat who we heard saying outside saying that he was “never bloody well coming here again!”) 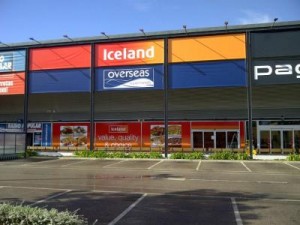 Fuelled by espressos and sugary churros from the van outside, we grabbed our trolleys and disappeared into the shop for a pleasurable couple of hours of exploring products that until now had been off-limits in Portugal–due to cost or lack of availability.

160 euros later, we left the store very pleased indeed. Plenty of Portuguese people, excited by a new range of products, joined the smiling expats, happy to have access to a well-priced taste of home.

Interestingly, the grocery aisles were far more crowded than the freezer sections – the particular highlights for us were condiments, ethnic foods, and some of the oils, herbs and spices not readily available in the Algarve.

The prices were low too, with the mark-up that must have to cover transport and importation costs seeming, to us at least, very generous.

Iceland in Albufeira also has a UK-style butchers counter, and although we didn’t make use of this, having already visited a “local” butcher earlier in the day, there was much of interest to us, especially fat English style lamb chops and big gammon joints.

I find it hard to find anything to criticize. The arrival of Iceland has created jobs, both for locals and expats, and given lots of variety to natives and expats alike. I can see the keen pricing offering a challenge to smaller food importers and Apolonia – but that is just the way business goes. Overseas and Iceland seem to be doing extremely well so far and they deserve to. 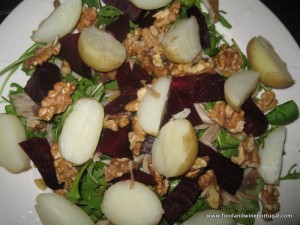 I’ll finish off with some of the highlights of our purchases from our first visit to Iceland in Portugal.

1. Christmas Crackers (we went without last year as the only ones we saw were extremely overpriced in Apolonia).

2. Lime leaves and lemon grass (once again we can enjoy Thai food without needing a mortgage to eat at the wonderful, but expensive Thai restaurant in Vilamoura).

3. Smoked mackerel (about to be devoured in a salad with new potatoes, walnuts and beetroot, as pictured above!)

5. Mini Kievs and Spaghetti Hoops (my wife’s highlights…OK so we did buy some processed food!)

6. Horseradish, mustard, cranberry sauce, redcurrant jelly, tartare sauce – all at prices we could afford – these often cost as much in Portugal as the meat or fish they are designed to accompany!

Iceland won’t be somewhere we visit, or need to visit, every week, but we WILL be back!