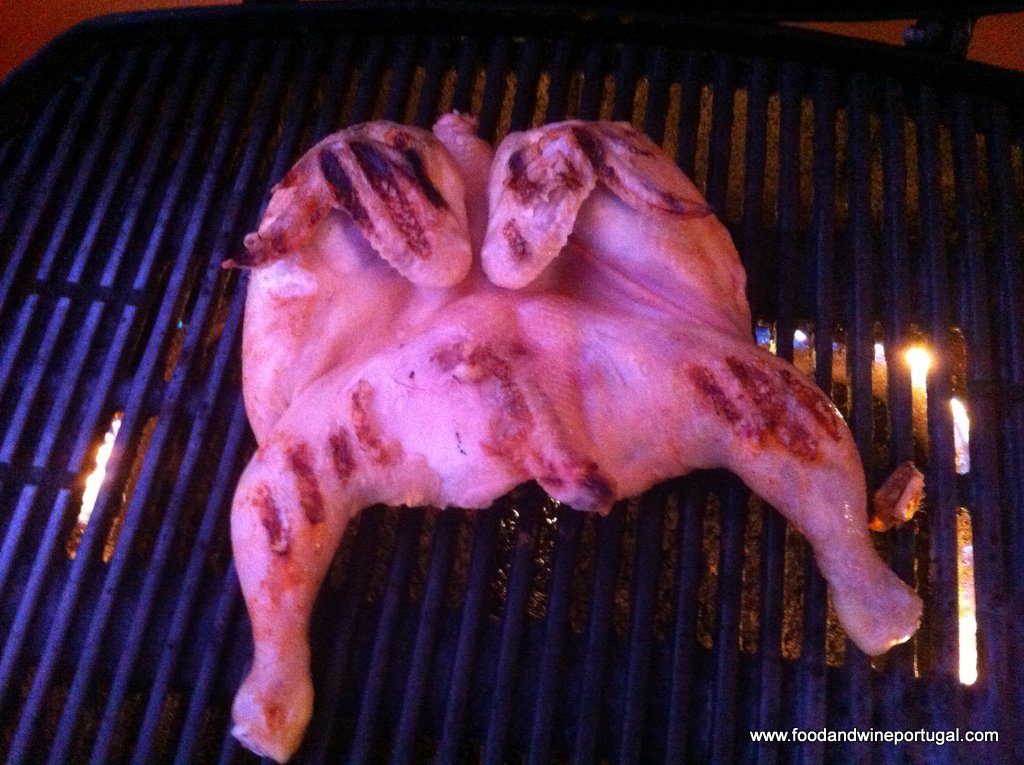 Back in the UK, our barbecues were distinctly British. At every one we’d feel the need to cook a bit of everything, and quantity over quality often ruled the day. This is understandable in a country where the climate makes the “BBQ season” rather short – you really feel you have to make the best of it.

Here in Portugal, cooking outside is a far more frequent occurrence, and although we still sometimes fall into the trap of cooking far too much, it always seems that we enjoy the “less is more” barbecues the most of all.

As such, we now frequently have barbecues with just one meat or fish centrepiece, and a couple of side dishes. Favourites include a butterflied leg of lamb or large, juicy stuffed fish, but the thing we return to again and again is spatchcock piri-piri chicken. 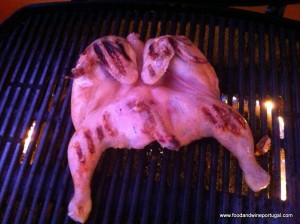 Chicken on the BBQ

The recipe that follows is pretty much my own creation, and I’m rather proud of it. It’s one of those fun recipes that you can play around with a bit each time. It’s also really enjoyable and easy to cook, provided you are comfortable with your grill (which I will come to in a moment).

In terms of sides, it goes with anything. Last night, we had a simple green salad and some new potatoes with crème fraiche and chives, but it’s just as good with wedges, chargrilled veg, cous cous, rice, or any combination thereof.

As mentioned above, you need to be comfortable with your grill to make this chicken successfully. That’s because you are cooking the chicken from raw, and it’s easy to ruin it (or poison everyone) if you can’t control the heat. Even though I’ve cooked this dozens of times, I’d be very reluctant to do so on a coal barbecue. I use a gas Weber, which I adore, as it’s almost as controllable as a hob ring in terms of heat (see the end of the post for details). I’m sure a charcoal grill “ninja” could nail this with a mixture of direct and indirect heat, but my skills aren’t quite there yet. 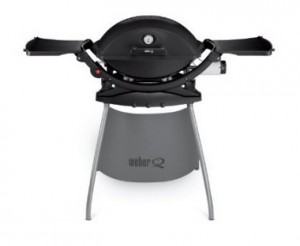 Our much treasured gas BBQ

This is all you need for this recipe, which I think makes the most succulent barbecue chicken you could wish for:

– 1 x Fresh chicken, spatchcocked. (We are lucky enough to have these pre-prepared in Portugal, but you could ask your butcher or do it yourself – you’ll find plenty of instructional videos on YouTube).

– Hot sauce – note that I don’t mention a quantity or type. This is very flexible, and I’ve used everything from Portuguese piri piri to Mexican jalapeno sauce. I use loads, and you shouldn’t be scared to do so, even if you don’t like heat, as most of the spice burns away anyway. You can always serve the chicken with extra hot sauce if need be.

1. Heat the BBQ to hot. Meanwhile, in a jug, mix the beer with the olive oil, hot sauce and seasoning. Sometimes I add herbs and spices too at this point, and I’ve used everything from mixed herbs to cayenne, smoked paprika and garlic powder—it’s all optional, but fun to play around with.

2. Brush some of the marinade over the chicken and toss it on the BBQ. Brush the other side, and turn it over after a couple of minutes. The idea is to sear the chicken on both sides while the grill is hot.

3. Reduce the heat to medium/low, and continue to turn the chicken every 5 mins or so. Brush loads of the marinade over each side of the chicken between turns. The idea is to “feed” as much of the beer baste into the meat as you can during cooking. I always try to use every bit, but am usually left with a little by the time the chicken is cooked.

4. Usually the chicken will take 45 mins to one hour to cook. Thanks to the continual basting, it will remain succulent and juicy. I like to use a meat thermometer to check it’s cooked through. 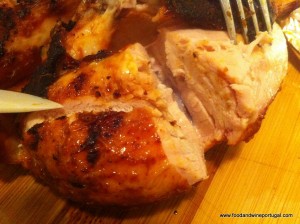 5. Cover the chicken in foil for ten minutes, and then serve with your chosen side dishes and a squeeze of lemon. Be ready to fight over the crispy, spicy skin.

This BBQ chicken is so simple, but wonderfully effective. I hope you enjoy it as much as we do. One chicken usually feeds two with plenty of leftovers. If you have guests, it’s probably best to do a couple if the chicken is to be the centrepiece of your barbecue.