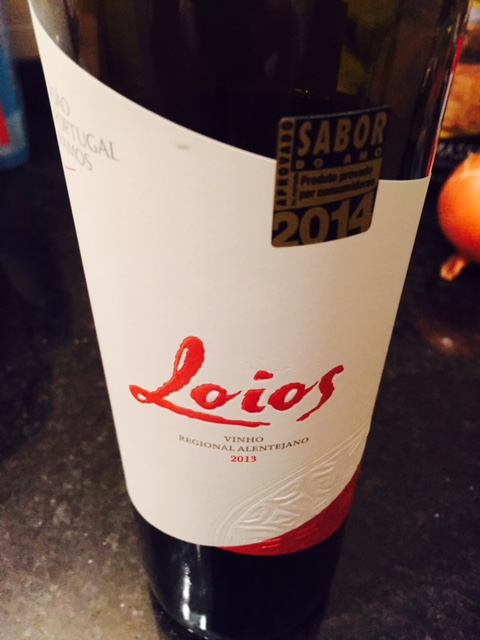 It’s been far too long since we posted a Portuguese wine review here on Food and Wine Portugal. It turns out you just don’t drink nearly as much of it when you have a new baby!

Still, the other day we enjoyed a particularly fine bargain bottle that I thought worth bringing to your attention. 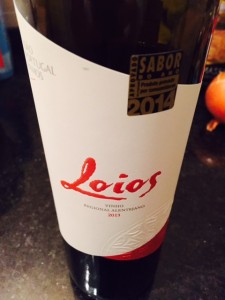 There’s a small story behind it, in that we bought it in Apolonia, the Algarve’s gourmet supermarket where you can get pretty much anything your heart desires – at a price! We wrote about it here, and thoroughly enjoy a wander around, although filling a trolley is something we can only do when we’re having a particularly “flush” month – which is not something we’ve had for a while!

As you can see from the picture below, the sky’s the limit when it comes to wine in Apolonia, but I’m pleased to tell you that the wine we’re writing about here costs almost exactly 0.1% of the cost of a bottle of Petrus 2008. Sure, I’d love to try the latter, but it turned out there was nobody on hand who wanted to buy the car.

We often choose unknown wine based on the medal stickers. Generally, if a wine has won a medal in an international competition, it’s a pretty fair bet that it will be drinkable. However, you do have to be a little careful of this in Portugal, as close examination of the label can sometimes reveal the medal actually represents it being something along the lines of the “third best wine in a small town that probably only produces three different wines.”

The sticker on the Loios bottle is one of these more spurious ones—an “approved flavour of the year,” whatever that may mean, but we had a go anyway, and were glad we did.

With so many Portuguese wines based on local speciality grapes, it can sometimes be hard to know what to expect from a wine based on knowledge gained elsewhere in the world. Over time, you find wines that substitute your Sauvignon Blanc or your Merlot. Well, with Loios, we’ve found our substitute Beaujolais Villages.

This red is a “glugger,” no doubt about it, and slips down the throat with little encouragement! It’s light and fruity—something of a “beginners red,” but none the worse for it. It would be (in my opinion) a good choice to go with white meat where a stronger red could overpower the flavour. In fact, it could be my “go to” bottle for Christmas. It’s a bit late for summer drinking at the time of writing, but it would fit the bill as a barbecue red nicely too.

Ingredients for our Poverty Pasta Bake

When we drank it, it accompanied something known affectionately in our house as “poverty pasta.” This is basically a large pasta bake containing everything that needs using up, and lasts for lunch the following day. This particular “poverty pasta” was based around vegetables and tuna, and the Loios complemented it beautifully. 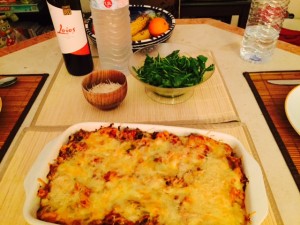 I thoroughly recommend this Portuguese red, and it’s certainly one I will be buying again. After all, I can buy just over a thousand bottles for the price of just one bottle of that Petrus 2008! I won’t be needing that many, but I do really need to keep my car as well.

I’m perfectly happy with that compromise.

Interested in Portuguese wine? We thoroughly recommend this book:

The Wine and Food Lover’s Guide to Portugal of Metcalfe, Charles, McWhirter, Kathryn on 18 October 2007