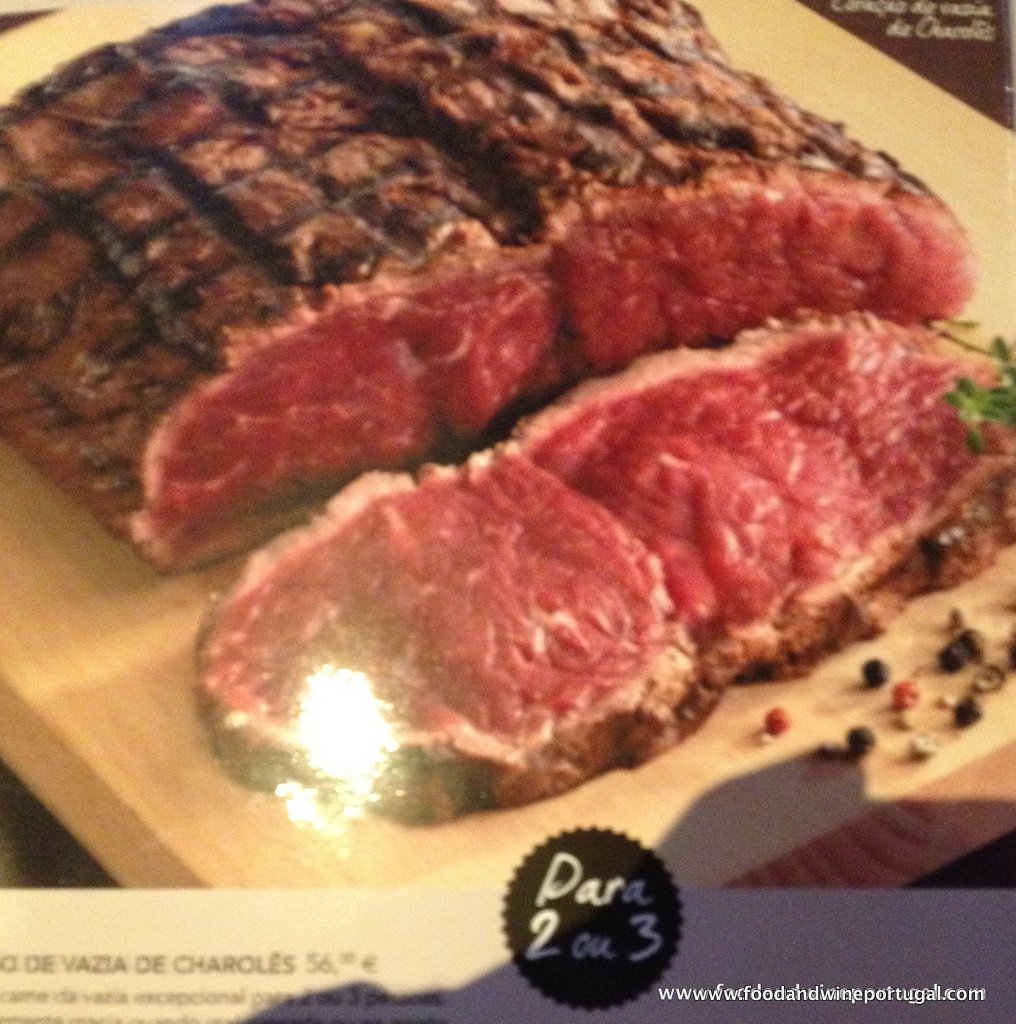 Last week, we took a trip to Lisbon. On our first night, we decided not to venture far, and visited a steakhouse restaurant called Hippopotamus, which was connected to our hotel, the Tivoli Oriente.

Hippopotamus is actually a French chain restaurant, but the one we visited is the only one in Portugal. It’s all about the meat, and specialises in steak.

First impressions were good, with friendly service and plenty done to accommodate our sleepy three-month-old son (including a free balloon tied to his stroller).

The menu reminded us of America, and its chain diners such as Outback Steakhouse and Red Lobster, with lots of big pictures and plenty to choose from.

Our eyes were immediately drawn to a sirloin steak special, intended for two or three people. It was a little extravagant, but we’d been gifted a free bottle of wine by the hotel’s loyalty scheme so we decided to go for it.

Starters were pleasant enough, if not mind-blowing, but were sensibly light. My prawn, guacamole and tomato “tartare” was more of a palate-cleanser than an exciting experience, but this made sense given the planned meat overload. 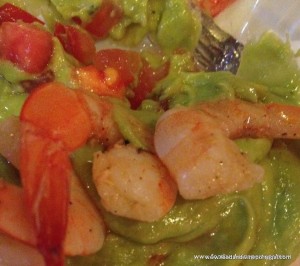 When our steak arrived, complete with six sauces and unlimited sides, we were not disappointed (we were slightly overwhelmed by the task ahead, however). The steak was perfectly cooked and very tasty, a welcome relief in a country where steak is often a disappointment.

The sides were decent enough and included creamed spinach, green beans (which passed my “no squeak” test) and a decent dauphinoise. I would have liked to see some corn or mushrooms on offer, but this is a little pedantic. 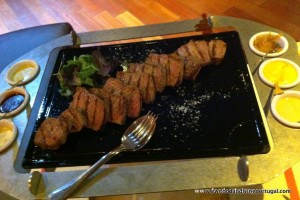 We shared a dessert platter including a decent chocolate mousse and a good crème brulee.

You may have noticed I’ve used the word “decent” a couple of times. This sums up Hippopotamus quite accurately. Nothing about it was exceptional, but we thoroughly enjoyed an American-style dining experience in Portugal, and the meat, which is what the restaurant is all about, lived up to its promise. 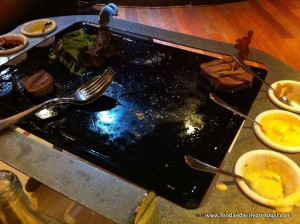 We went to “Hippo” out of convenience, but I suspect that at some point in the future we’ll go back out of choice. For a restaurant attached to a hotel, that is praise indeed.