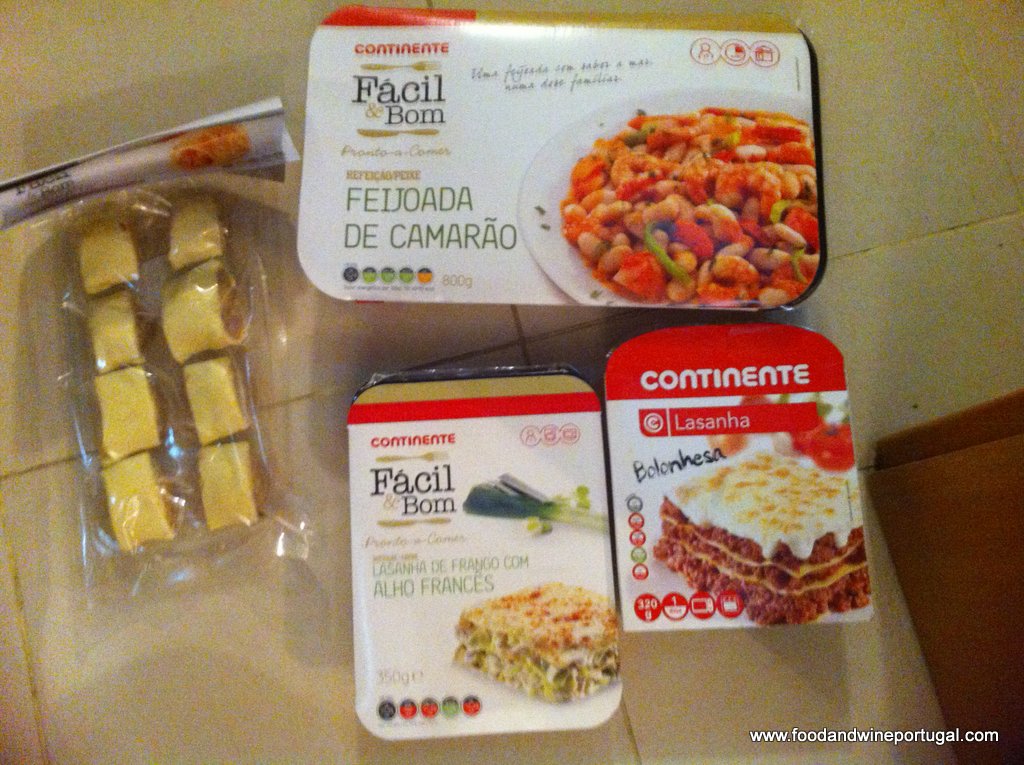 The last week has been frantic. I took on a little more work than I could really manage, with the result that meals were delayed and skipped while I sat tapping away at my laptop. My plans to spend hours in the kitchen experimenting with Portuguese desserts had to be shelved, but the week was not entirely lost food-wise, as I got to try out a very different kind of Portuguese food – ready meals. 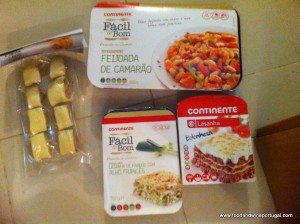 This was not the first time I’ve tried a Portuguese ready meal (arroz de pato was one of the first ones I tried), but for the most part I have actively avoided them since moving here, as one of the reasons behind our move was to achieve a more balanced and healthy diet, using fresh, local ingredients. This week, all that changed and we loaded up the shopping basket with a selection of ready meals from Continente’s Fácil e Bom chiller cabinet selection.

We began by comparing two of the lasagnes, which with their peel-off-film-and-stick-in-oven approach were perfect for a rushed dinner. The pork mince lasagne was not very exciting. There wasn’t anything wrong with it, but there wasn’t anything exciting about it either – it was just a bog-standard pasta dish that served the purpose of stopping me from being hungry. The chicken and leek lasagne, on the other hand, was very good. It was full of flavour and had a lovely rich, creamy sauce. It is something that I would be happy to have in the fridge to tuck into for lunch on busy days. 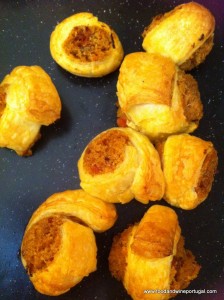 Our next item from the ready meal section was a vacuum-sealed packet of what appeared to be English sausage rolls. As sausage rolls are one of the foods we tend to crave from time to time, we couldn’t help but give them a try. They turned out to be at once similar and dissimilar to their English counterparts. The flaky pastry was beautifully golden, but the sausage meat inside had quite an intense smoky flavour, similar to farinheira, which is a Portuguese smoked sausage made from flour, pork fat and seasoning (and can be served as a kind of hot pâté – more on that some other time!). Although they sausage rolls were a little smoky for my taste, my husband very much enjoyed them dunked in mustard.

Another main meal that we tried was prawn feijoada (a kind of Portuguese bean stew that I recently learned to cook myself). This ready meal required plonking into a pan and sizzling it until it was hot – nice and easy to cook when you don’t have time to make a ‘proper’ dinner. The feijoada contained a generous helping of prawns, along with a few pieces of what seemed to be surimi, all mixed up in a pleasant-smelling beany sauce. As with the chicken and leek lasagne, the result was surprisingly good and again this is something that I would happily keep in the fridge as an emergency meal. 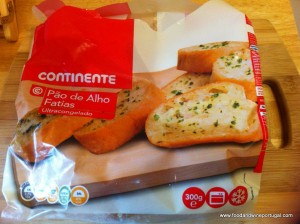 Continente garlic bread – a staple in my freezer from now on

Our other discovery this week, which deserves a mention at this point, is Continente’s own brand frozen garlic bread slices. These individual little round baguette slices are loaded with butter and garlic and perfect to keep in the freezer to accompany a quick pasta meal. The fact that they are individual slices is perfect, as you don’t have to cook a whole baguette and then waste it if you can’t eat it all. One bag is big enough for three meals and at just €2.29 I think it’s safe to say that we will always keep some of these in the freezer from now on.

Of course I will still enjoy spending hours in the kitchen cooking delicious Portuguese food and my own freshly made garlic bread whenever I can, but it’s good to know that  there are some decent and relatively inexpensive alternatives available for when time is short. 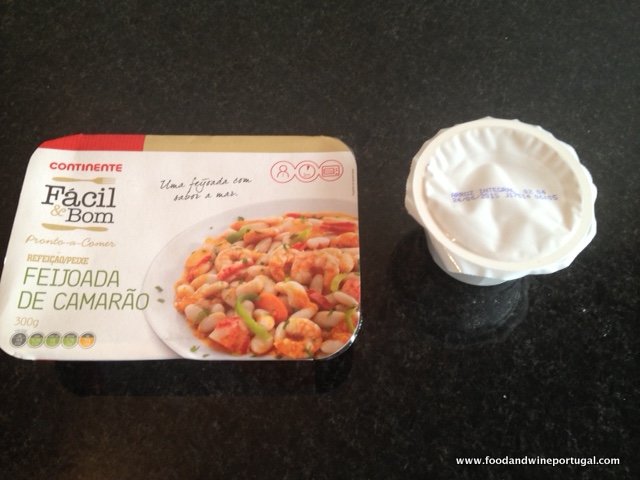 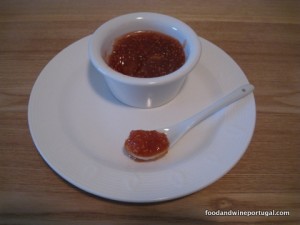 The A to Z of Portuguese Food – Part 2