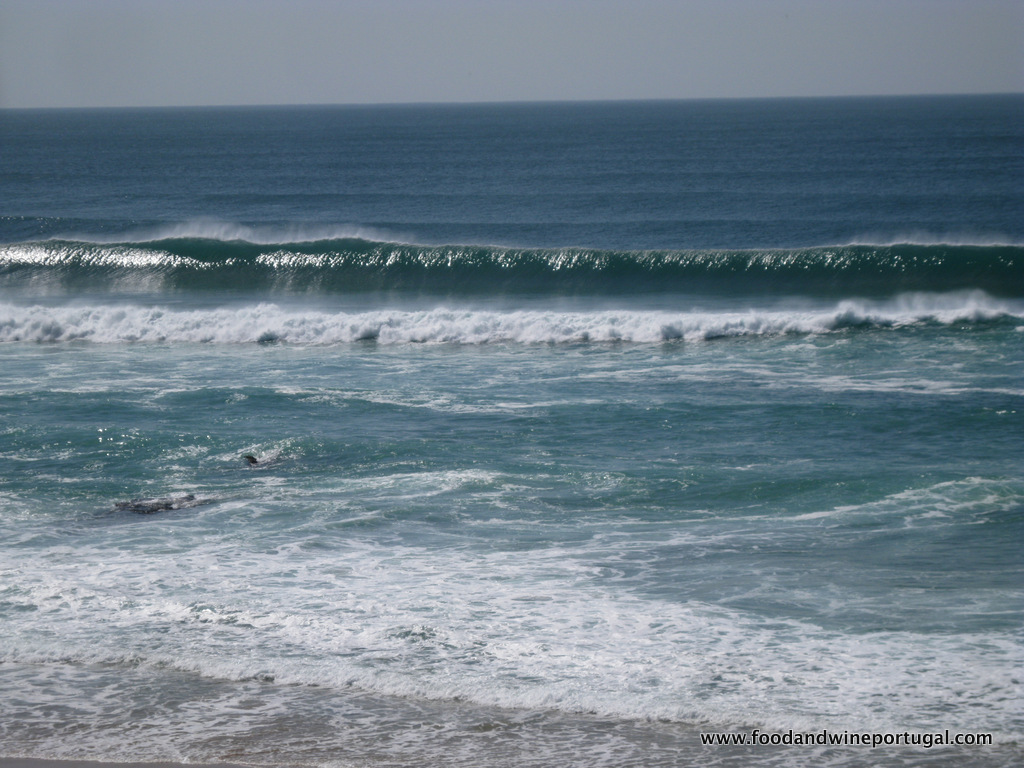 Despite having a couple of favourite haunts in Cascais, we decided on our last visit to try somewhere new. We had a couple of options, but as dinner time approached it was Dom Manolo that we were closest to. I checked the reviews, which basically added up to tasty and cheap, and we took one of the outside tables. 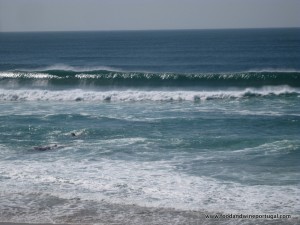 Watching the waves at Cascais

The meal didn’t get off to the best start. We ordered our starters and selected a bottle of rosé from the wine list. A minute later our waiter returned and told us it was unavailable. We selected another. A minute later he returned once more, to tell us that he didn’t have that wine either. In fact, the only cold rosé available to us was a bottle of Mateus. Grumbling a little at the lack of choice, we ordered the Mateus, a wine that has certainly never topped our list of preferred vintages.

The usual bread, butter and olives couvert arrived, which we nibbled on until our starter was served – a large platter of prawns with some kind of reddish-brown sauce. Although they smelled good, there was a kind of musty taste to the prawns that was really quite unpleasant. We tasted the sauce and the prawns separately and established that it was definitely the prawns and not the sauce that tasted bad. The dish was unpleasant enough that the wife took action and sent it back – something she has never done before or since.

Although the waiter offered to bring us an alternative starter, we felt it safer to hold out for our main courses. We had ordered simple meat and chips options, which were very good – tasty and cooked as we had requested them.

Given the debacle with the wine and the musty prawn starter, we weren’t inclined to try the desserts. The bill was as much of a disappointment as the meal. Although it wasn’t huge, it certainly wasn’t cheap, and it seemed that a rather cynical tourist tax had been applied to the couvert – €4.50 for a few slices of bread and three miniature butters seemed a little excessive.

I don’t know if Dom Manolo was just having an off night (these things do happen), but it’s certainly not somewhere we will be returning to in a hurry. Not when Cascais has so many other great dining options to choose from.