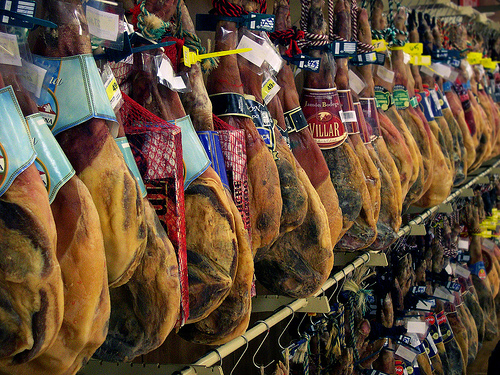 An unusual title perhaps for a post on a blog about Portuguese food and wine, but many Portuguese residents live close to the border with Spain and therefore popping over to do food (and other) shopping there is an option.

Last week we visited Seville (see www.movingtoportugal.org for more details.) On our way back we decided to stop in the town of Huelva to visit a large Carrefour hypermarket to see

what it had to offer us compared to the supermarkets back over the border in Portugal.

First up: Iberico ham – the main thing that pulled me into the place! This is available in Portugal but not in the quantity and variety we found it here. We found almost an entire supermarket aisle of entire iberico ham legs – giving off a heady odour as you walk past.

As someone who is addicted to this rich ham, made from pigs who feast on acorns, I can reliably say the few kinds we tried did taste better than the stuff I usually buy in Portugal. Whether my taste buds were heightened because of being on holiday, or whether the Spanish keep the better stuff for them I could not possibly say….

We spent a good couple of hours exploring the supermarket and, as a general rule, found most things to be approximately 20% cheaper than just over the border in Portugal. This makes shopping here worthwhile on occasion if you are close enough to the border.

Other surprises? The favourite for me was a green wine-style bottle labelled “Sidra Natural.” This was strong, still Spanish cider tasting of apples and resembling true Cornish cider – for someone who really misses cider, this was a serious result, not to mention a result costing only €1.50 – I only wish I had purchased more than one bottle.

We did buy a couple of cheeses but nothing that compared to the huge variety we have available to us in Portugal. I am fully prepared for comments telling me of wonderful Spanish cheeses, and look forward to them so I can choose better next time! 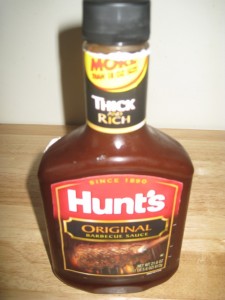 We found an aisle of imported products, so know where to come for bisto if we are ever in Spain again. More interesting to us were the Mexican products – tortillas and similar, at low prices (these things are truly extortionate in Portugal,) and imported barbeque sauces and salad dressings from America (it may just be me but there is something particularly pleasing about those jumbo-sized bottles of American BBQ sauce.)

Wine-wise, I have to say I am more of a fan of Portuguese wine than Spanish, in fact we had a couple of bottles of Spanish rose while there which we used to really enjoy in England but they didn’t seem to compare to our current Portuguese favourite, Monsaraz. We must be starting to “go native!” 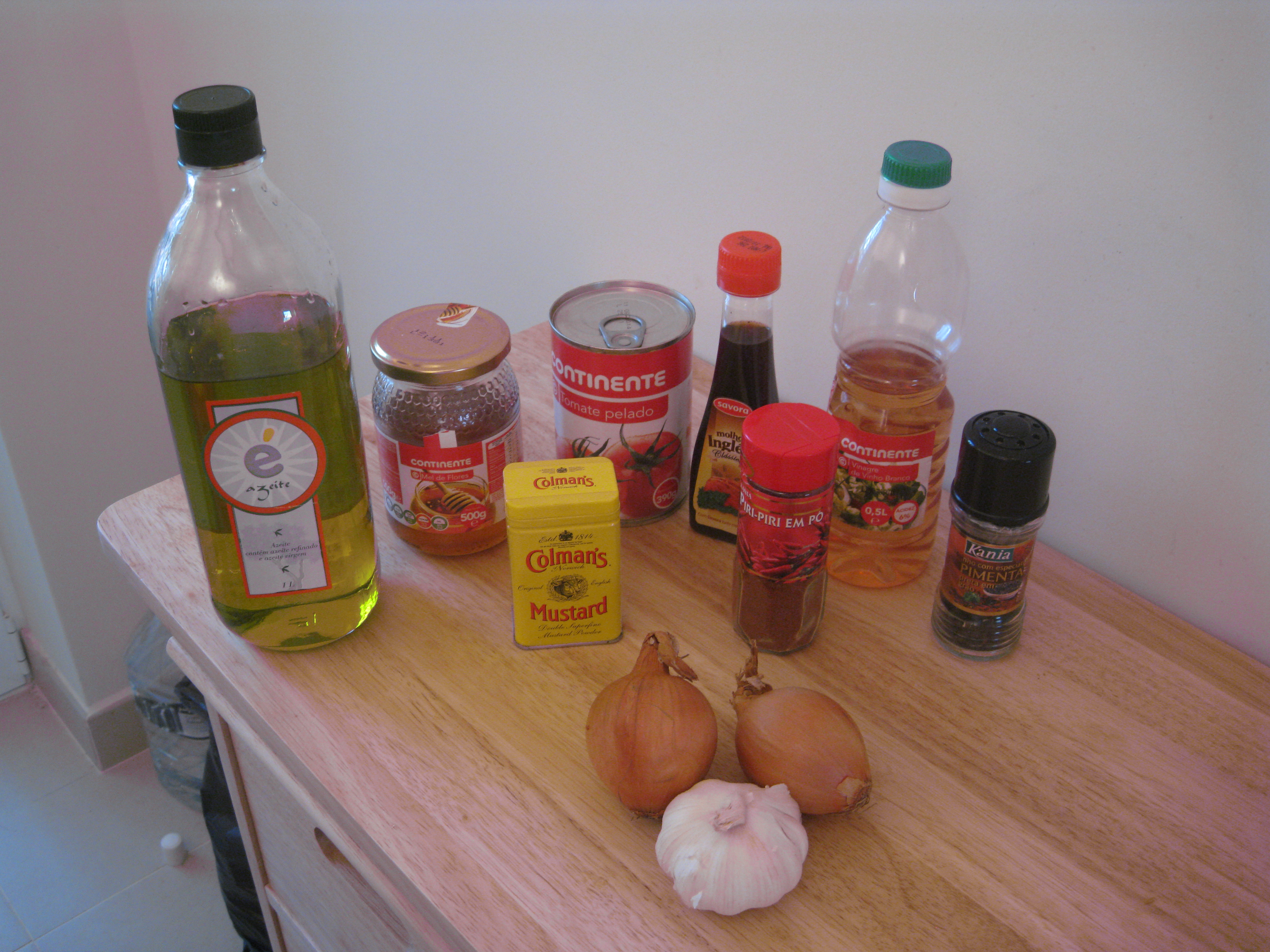